Wheel studs vs bolts, what are the advantages?

Most production vehicles have their wheels mounted one of two ways, studs or bolts. The majority of European manufacturers choose wheel installation with bolts while most American manufacturers choose studs. What are the advantages of each and should you convert your BMW to a stud style setup? We will answer these questions and more below.

What are the advantages of wheel studs?

Studs protruding from the hub offer an easy way to align the wheel when mounting. BMW provides a mounting pin to help locate wheels on reinstallation to help with this issue, see our post on this HERE.

Longer studs allow for the use of different width spacers without needed to change stud length. However, if using bolts, bolt length would have to change to account for the width of the spacer to get proper thread engagement.

If mounting and dismounting wheels is a frequent operation for you (mostly for track use, swapping wheel / tire setup) then it is arguably safer to wear the interface between the stud and the nut rather than the bolt and hub. If you are changing wheels often, there is a higher risk of cross-threading. Make sure not to cross threading the bolt in the hub, the fix is much more difficult and expensive compared to stripping a nut over a stud, for instance.

Contrastly, when bolts are installed into the wheel hub, more torque is needed to overcome the friction between the bolt and the hub. In other words, as more bolt threads are engaged with the hub, more torque is required to insert the bolt. This can account for inconsistent stretching with a bolt setup over a stud. Over stretching of the bolt may end in fatigue and shearing of a bolt. Learn about the importance of proper torque values and stretching of bolts on our post HERE.

What are the advantages of bolts?

It is cheaper for manufacturers to use a bolt setup as OEMs just need a threaded hub and bolt, two parts as opposed to a three-part stud application; the hub, stud, and nut. The fewer parts the cheaper the setup.

Usually a bolt system is lighter than a stud application since fewer parts are involved. Less rotating mass allows for quicker acceleration and shorter braking distances, however, the noticeability is likely negligible.

Should I convert from factory bolts to wheel studs?

This all depends on your needs. If you track your car and/or take your wheels off frequently, then yes; we would suggest a stud conversion kit. If you really like the aggressive look of studs or frequently change spacer widths and do not want to keep changing bolt length then a stud conversion kit would be great for you. If you do not fit any of these needs than the factory bolt system will be sufficient.

How do I convert a BMW bolt system to a stud system?

Where can I buy BMW stud conversion kits?

Check out our inventory of stud convertion kits: HERE 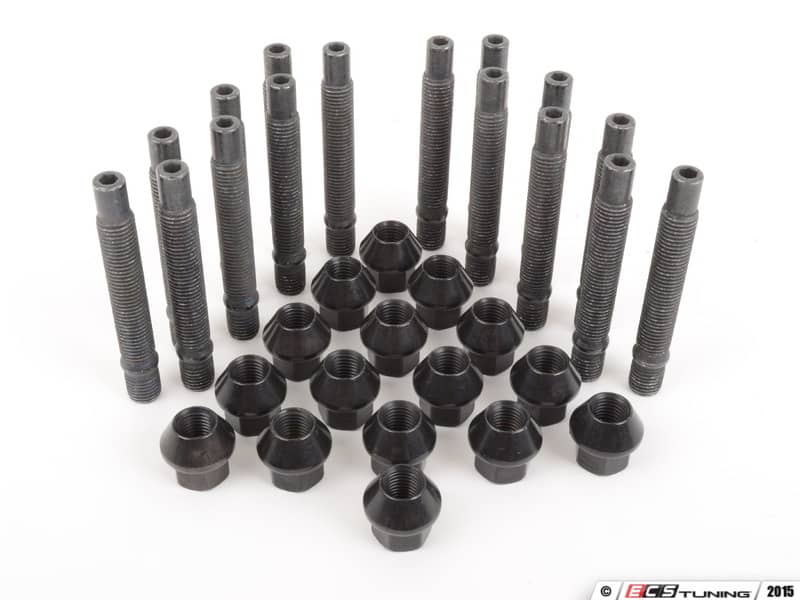 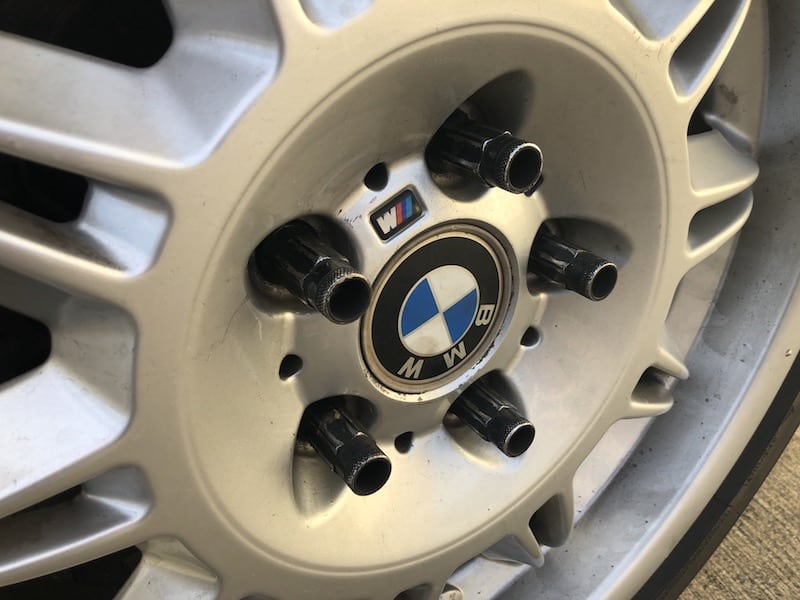 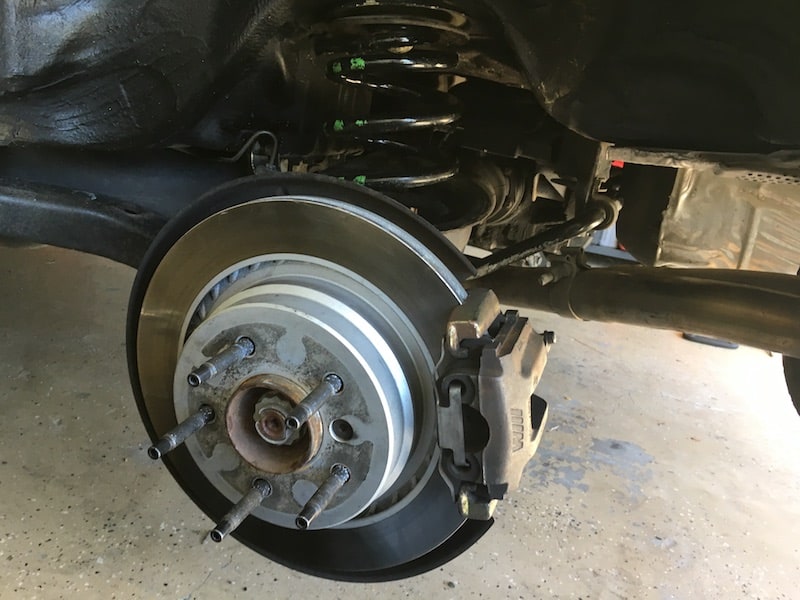