What is a differential on a vehicle?

When a vehicle turns, the outer wheels spin faster than the inner wheels. This is because the wheel has to travel a greater distance over the same amount of time. Think of two concentric circles. Imagine the two circles being the path of the rear wheels on the car turning in a circle. If you start to move along the path, the outer circle travels a greater distance compared to the inner wheels.

Complexities come into play when one wheel needs more power than the other to improve traction. This may be on the race track or slippery, loose surfaces. This instance is what will largely differential an open differential from a limited slip differential.

What is an open differential?

An open differential is a differential in which the two rear wheels can spin independently from one another. Each wheel will obtain the SAME amount of torque, this is not ideal. If one wheel is on gravel and the other on dry pavement, the wheel on the gravel will spin more quickly than the wheel on dry pavement. This is not ideal when trying to maximize the performance of the vehicle. What is now needed is a differential that will allow the rear wheels to spin independently from one another AND allow torque to vary to each wheel.

What is a limited slip differential?

An LSD or limited slip differential detects when one wheel is spinning faster than the other and will automatically send more torque to the wheel with greater traction. Again, think of a vehicle with one rear wheel on gravel and the other on the pavement. When power is applied, the LSD will detect slippage of the tire on gravel and automatically send more torque to the wheel on drive pavement since it is spinning less. LSD technology has been around since the 1930s but has increasingly gained complexity to maximize its effectiveness over the decades

Is an open differential or LSD better?

In all scenarios, the LSD is the better option. The LSD does what the open differential does and more. The more being offering better performance by sending torque to the wheel with more grip. This not only comes in use on slippery surfaces such as gravel and mud for rally cars. This also dramatically improves performance on the race track when maximizing grip improves lap times.

All BMW M models feature an LSD. This is for obvious reasons, the M vehicles are the highest performance models in their range. Performance models such as the E46 330i ZHP did NOT come with a factory option for an LSD. The only E46 model to feature the LSD is the E46 M3. The modern F32 435i ZHP came from the factory with the M Performance LSD.

With more modern BMW vehicles, such as the M235i, BMW is offering the LSD as an M Performance Parts option. This can be ordered through the dealership and installed by the dealer. The LSD option for the F22 M235i / M240i costs approximately $1,900 without labor. This allows customers to get more performance out of their vehicle without fully upgrading the M variant with the more expensive maintenance costs that go along with it.

How to verify if you have an LSD (Limited Slip Differential):

Jack up the rear of the car, put it in gear, and spin the back tires by hand. Make sure you are in a position to view both rear wheels at the same time. If the wheels turn opposite of each other then you have an open diff. If they turn in the same direction then you have a limited slip.

Ever wonder the difference between a spoiler and a rear wing?

Learn the difference by clicking HERE 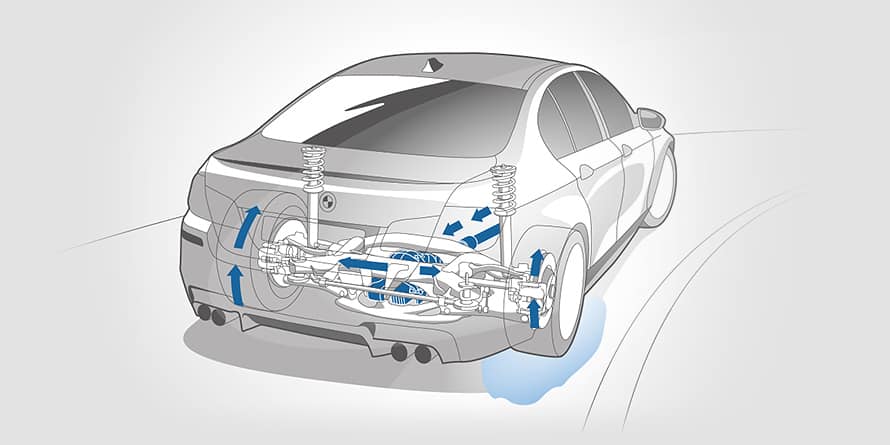 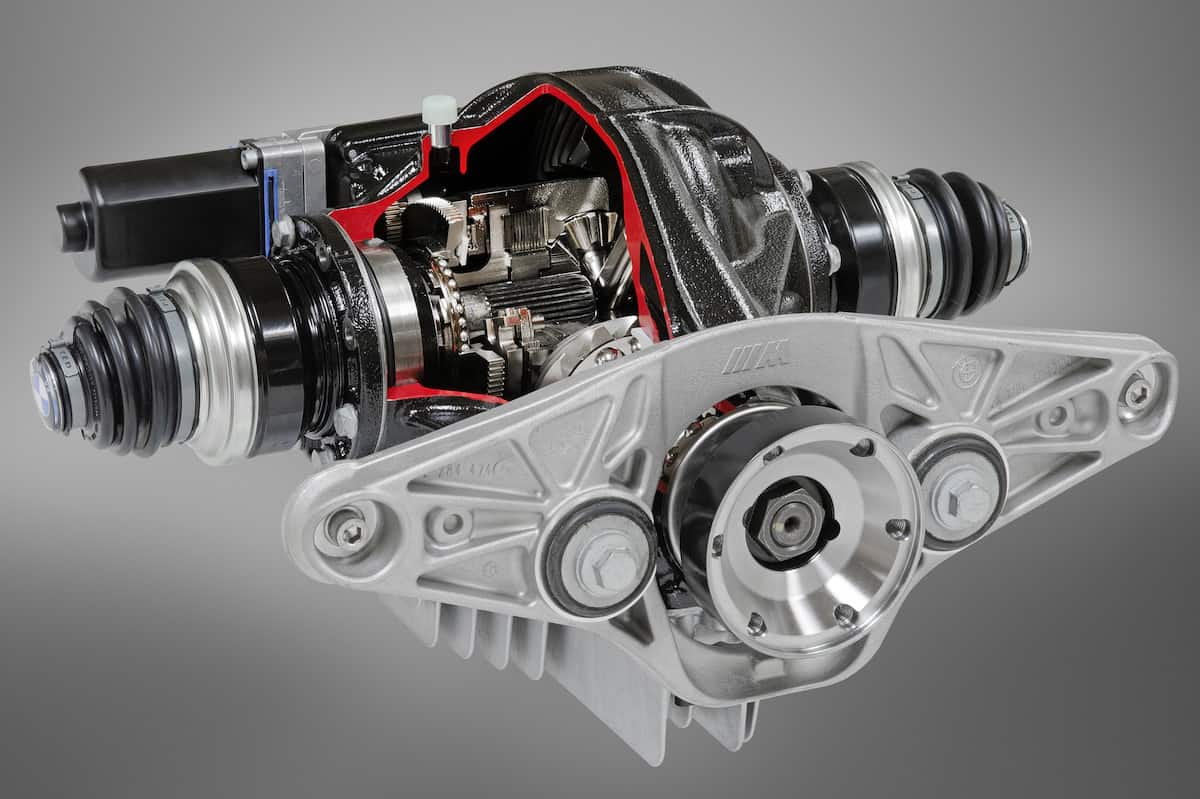 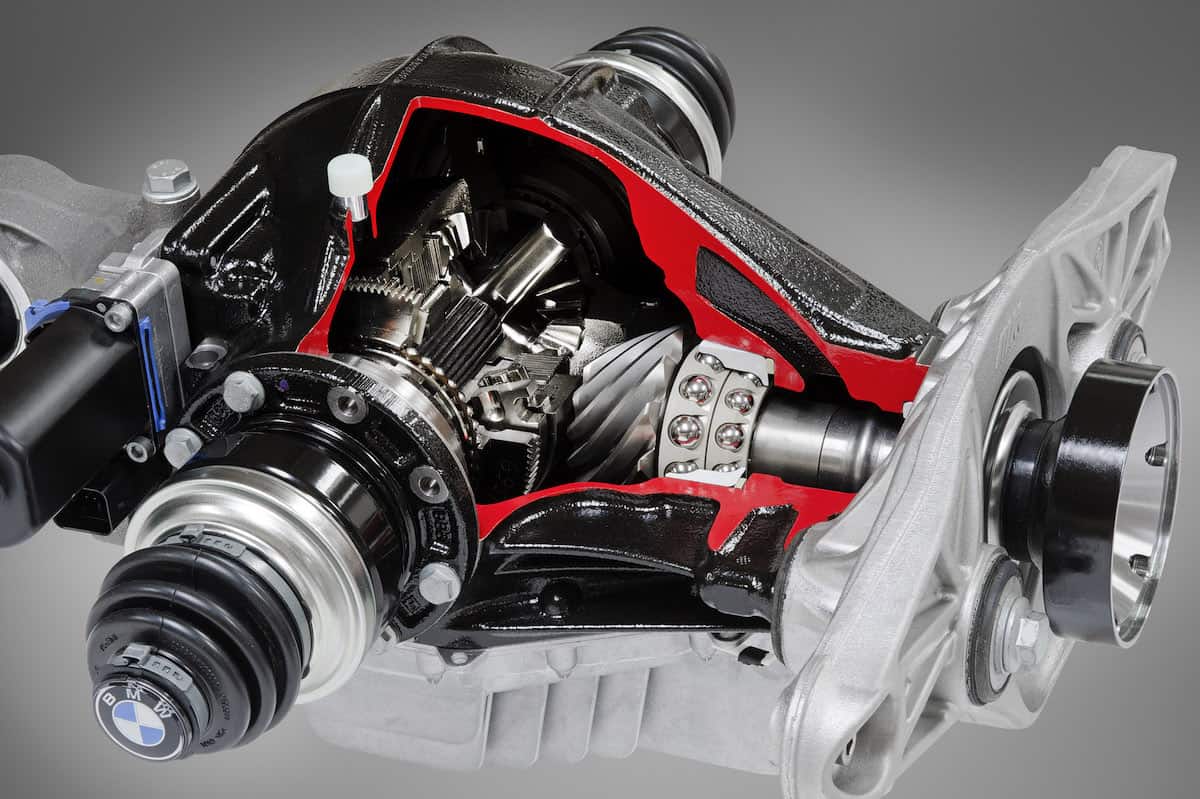