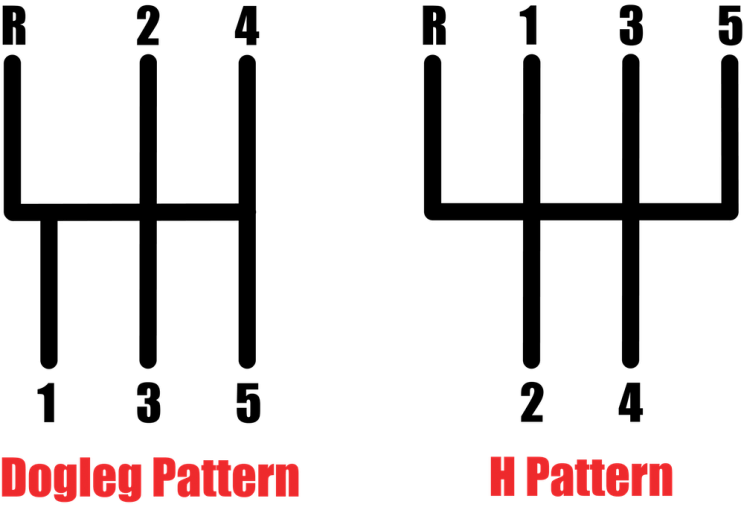 What is a dogleg gearbox?

A dogleg gearbox shift pattern has first gear in the lower left from the neutral position as shown in the image above. It is called a dogleg because the pattern to first moves over and down, resembling that of a dog.

What is a H pattern gearbox?

An H pattern gearbox has the first gear in the upper left corner from neutral. The overall shift pattern resembles that of an H and thus is called an H pattern.

What are the origins of the dogleg gearbox?

In racing cars, first gear is only used at the start of the race when the car sets off from a complete stand still. During the race the lowest gear the car will ever see is second gear. Thus, having second gear inline with third gear allows for quicker shifts. The same holds true for 4th and 5th gears.

With the H pattern gear box, first and second gear are in line which makes for quick shifts in heavy traffic but is not practical in racing. Thus, shifts from 2nd to 3rd and 4th to 5th are more awkward, which are the more common gears used in racing.

The Eurospec BMW E30 M3 uses a dog leg transmission compared to the US Spec model which features an H pattern transmission. This discrepancy was due to the cultural norms of Americans being more unfamiliar with the dogleg shift patterns compared to the European customer.

What are the advantages of a dogleg transmission?

➊ First gear is out of the way, less likely to inadvertently shift into it while moving.
➋ Quicker shifts from 2nd to 3rd, and 4th to 5th, the most common shifts in race cars.

What are the disadvantages of a dogleg transmission?

Why did the dogleg shift pattern go away?

Where can I learn more BMW Fun Facts? 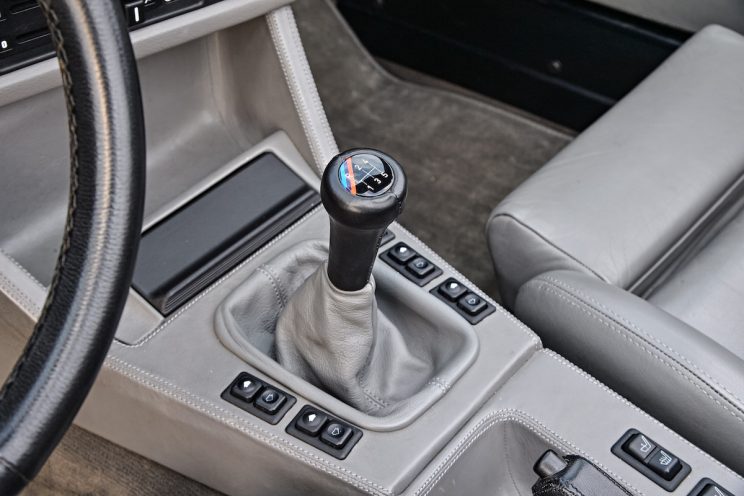 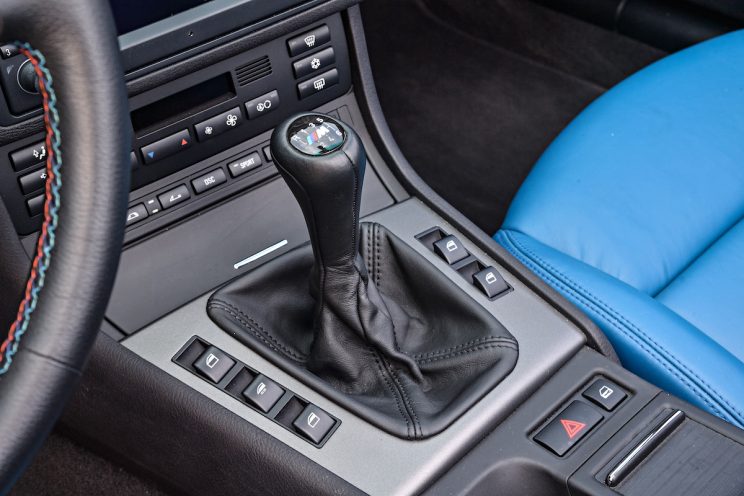